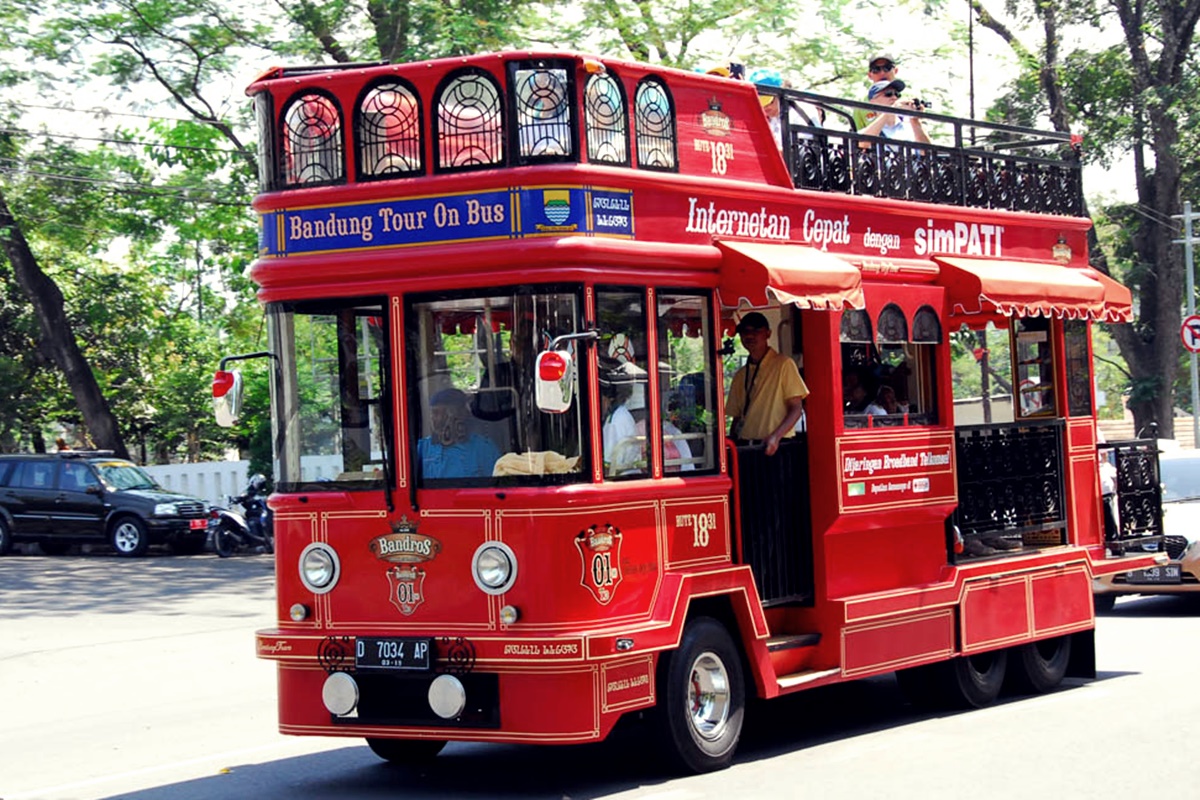 Here is an alternative to public transportation in the city of Bandung:

City Transportation or commonly called "angkot" is the most easy public transportation in Bandung. Each angkot has a different route according to the code of the majors listed. For example angkot 11A with route Hall-Ciumbeuleuit Station via Eyckman. When you want to take an angkot, you need to know in advance the number or the angkot code. If you do not know, do not be ashamed to ask others. Usually the rate charged is Rp 4000 without close or distant consideration.

The city bus has a relatively longer travel route when compared with angkot. The city bus can also be used to reach places as long as you know the route. There are a lot of city buses in Bandung, for example the Damri bus with various routes namely Cicaheum-Cibeureum, Ledeng-Leuwi Panjang, Dipati Ukur-Leuwi Panjang, and others.

Bandros or Bandung Tour on The Bus is a limited transportation that can be used by tourists to surround the city of Bandung. Bandros is a two-story bus with a very vintage design. Bandros operates every Saturday s.d Thursday, starting at 10 AM - 3PM. To ride Bandros, you must buy tickets for Rp. 10,000. Tickets can be purchased at Bandros Bus Stop located in front of Kandaga Puspa Park or behind Gedung Sate.


Bandung Tour On Bus (Bandros) pass in Diponegoro street area of ​​Bandung, West Java, on Tuesday (4/11). Bandros is a public transport provided by the city government of Bandung to serve tourists around the city of Bandung. It is expected that Bandros can reduce congestion weekend, because tourists do not need to use private vehicles. BETWEEN PHOTOS / Agus Bebeng / Rei / nz / 14.

If you do not bother looking for public transportation routes then a taxi is the right choice. You will not be over-hot and crowded with other passengers. You can take a taxi from anywhere, anywhere, can be ordered by phone, and can also through internet applications. You simply inform the destination location to the taxi drivers, then he will deliver you to the destination. However, the rate is certainly much more expensive than other transportation.

The development of internet technology was a positive impact for the transportation system in Indonesia, as well as the city of Bandung. The emergence of online-based transport such as online motorcycle taxi, online car, and online taxi make it easier for tourists who want to vacation in the city of Bandung. Through the smartphone app, you can order online transport. Then the online transport will take you door-to-door. In addition to easy and safe, the tariff is also very affordable.

Alternative transportation is using a travel car. There are a lot of travel services in the city of Bandung that offers a variety of tour packages with different destination destinations. Everything is booked and provided by the travel, you just sit in the car while enjoying the scenery. Travel and accommodation schedules have also been determined. In fact, the car driver also doubles as a tour guide that will explain to you about the ins and outs of Bandung.

If you can drive a car and have a SIM or International Driving Permit, then it is better to rent a rental car. You will be free to go wherever you want. If you do not know directions, do not worry because the map app on your smartphone can guide you accurately. Or can also rent a rental car as well as driver, so you can ask the driver to take you anywhere. 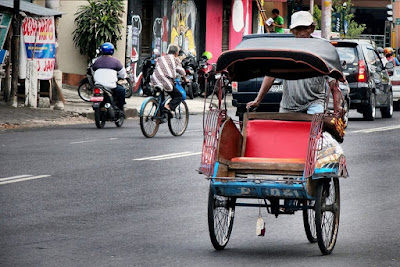 Becak is a three wheeled public vehicle that uses human power as its driver. Just like a bicycle, pedicab drivers must pedal pedal, while the passengers stay sitting sweet on the front. Because it uses human power generally becak can only carry two passengers only. If you want to ride a pedicab, you simply tell the destination and discuss the tariff with the brother of the pedicab. 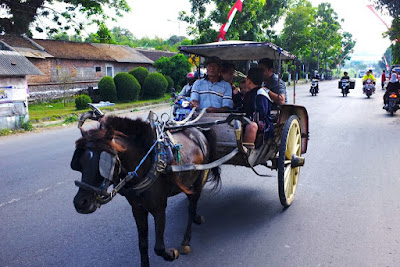 Want to know what it's like to ride a horse-drawn carriage? Just ride the delman! In the city of Bandung, delman is still a mode of transportation of interest to its citizens. In general, the delman is a traditional transport of horse-drawn carriages. One way, usually the delman can transport 5 to 7 passengers at a time. Despite using horsepower, the owner of the delman still maintain the cleanliness of the city by not letting his horse throw dirt carelessly. They have their own shit containers so that horse shit is not scattered on the highway.
TRANSPORTATION IN BANDUNG CITY