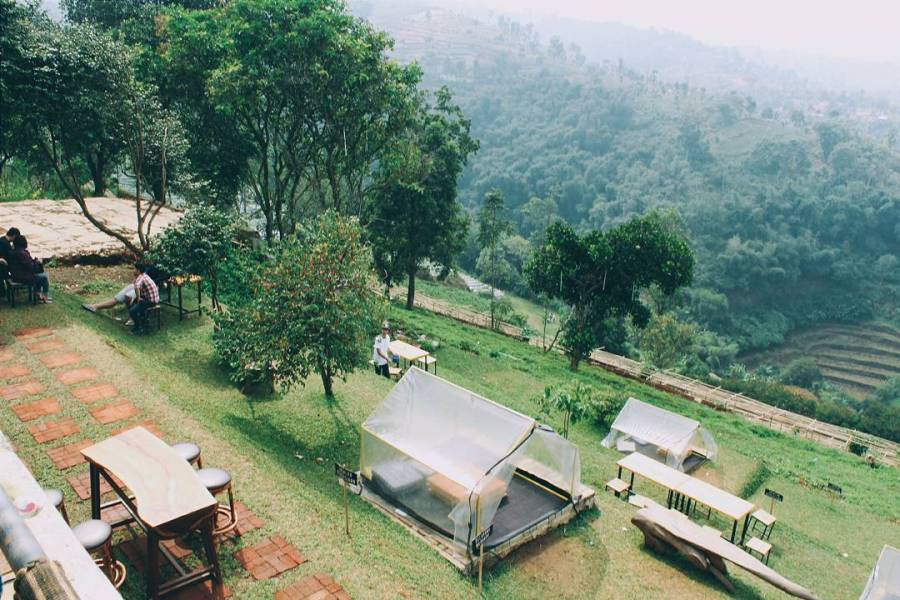 Lereng Anteng (Anteng Bandung Slope) is one of the Tourist Places in Bandung which was opened since June 1, 2016 ago. Occupying a vast area of about 500 m2, this place can be regarded as one of the Eating Place with a Unique Concept in Bandung.

Panoramic Coffee Place's concept of cozy dining and hanging out is clearly aimed at giving a unique and different impression to visitors with a number of places to eat or hang out around the punclut very much.

While the origin of the name Anteng slope itself, said Slope is a place that means on the edge of the place or highlands, while the word anteng which is the language of Sunda can be interpreted as a place that will provide a comfortable atmosphere and feel at home for long while enjoying the feel of Punclut area.


The menu offered here is quite varied, but more snack menu and coffee drinks. There are several choices of heavy food menu but not too much, while for beverage Coffee that Barista formulated on the slope Anteng all coffee native to Indonesia.

For the menu weighing and this is a special culinary menu that you must try to enjoy it according to the taste of course, including:
Fried rice Rp 20.000
Chicken bone chicken rice Rp 28.000
Rice liwet Rp 28.000
Nasi ikan bone soft Rp 28.000
Rice chicken penyet Rp 28.000

As for the drink menu itself, on the Lereng Anteng bandung, you can order tea drinks, mongoose, kefir and do not until you do not try the best seller drinks in this coffee is a variety of coffee drinks, especially Vietnam Drip.